I had a return flight booked back to Bangkok but no plans once I got there.

I was either headed south, to Malaysia, or east, to Cambodia.

Through Helpx, I found, applied for, and was accepted to be a mycological research assistant for a professor at a University in Malaysia starting in the middle of July, so that narrowed it down.

I was going to spend my 30-day visa on arrival in Thailand …but where?

North for culture? South for the islands? Wherever it would be, I wanted to relax.

A friend of mine from when I volunteered at a Thai Zoo had recommended Koh Phangan to me as a great place to be so I decided to take the month, living on the island, practicing poi, and enjoying myself …and I’m glad I did.

…This is the first month I kept a ledger and I’m quite glad I started.

What did I have? 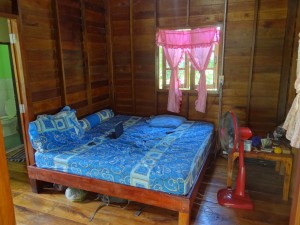 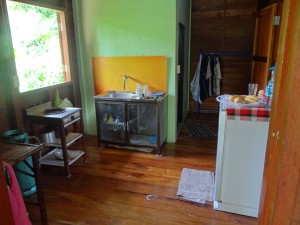 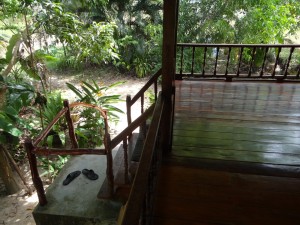 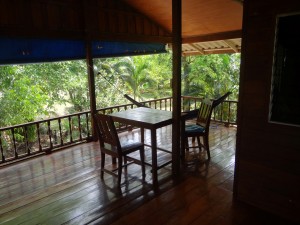 Every cent from when I landed in Bangkok until I hit the Malaysian boarder came to a total of – $647.92 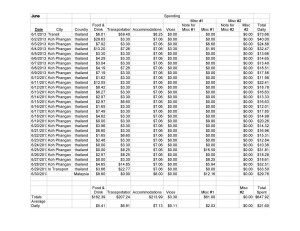 Eating out more – Though I ate well, I prepared most of my meals. If you don’t be prepared to pay more.

Tip – If you’re going to eat out, it may be cheaper to get a month rate at a resort then renting a house.

Drinks – I don’t drink much and when I do it’s free (I spin fire) so if you like to drink, this may be a huge expense.

Living on the beach – I wanted to be somewhere quite, relaxing and centrally located. Being ‘on the beach’ didn’t matter to me but if it does to you, expect to pay a premium.

Farang Pricing – If you don’t know what things should cost or how to negotiate, people may take advantage of you.

Where could I have saved money?

Living somewhere else – Islands and tourist areas cost more. This was both. It would have been much cheaper to live on the mainland.

I could have used smarter transportation – I was rushed in Bangkok and could have saved a few bucks if I’d followed Seat61‘s information. (I also got ripped off on my way to Malaysia but such is travel in Thailand)

I bought some unnecessary things – Certain comforts I really didn’t need and some things I didn’t really use.

I ate very well – Fresh fruit every morning and plenty of proteins. It’s worth it to me though.

I could have gotten a cheaper bike (or not had one) – The comfort and reliability was worth the extra $1/day to me.

How cheap could it be done?

If you’re an extreme budget-er you could live on KPG for virtually free (cost of food + getting there) if you were willing to ‘rough it’. There are caves, abandoned bungalows and enough jungle that you could live unnoticed. (There are showers in some of the resort restrooms you could use for free as well)

The transportation to and from KPG were considerable chunks of money. The longer you can stay, the more affordable it will be (plus you can negotiate more)