Fruit From Around The World – Rambutan

A fruit, similar to the lychee, the rambutan is one of my favorite fruits I’ve tried in Southeast Asia. I originally though the rambutan was just a different variety of lychee with a sweeter taste but it is in fact a different fruit all together.

How to eat a Rambutan

I had never seen or eaten this strange fruit before coming to Southeast Asia. For anyone who isn’t familiar with eating a Rambutan, there is an easy way to access it’s edible fruit.

While holding the fruit, press the fingernail of your thumb into the equator of the fruit and press, piercing the skin. Rotate and repeat until your cut has circled the fruit. (make sure your hands are clean as many travelers become ill after eating with dirty hands). 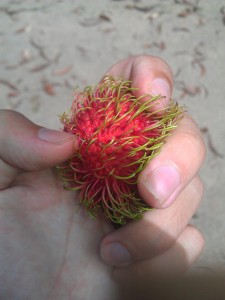 Next, place your hands on either side of the score and pull. One half of the skin will slide off. 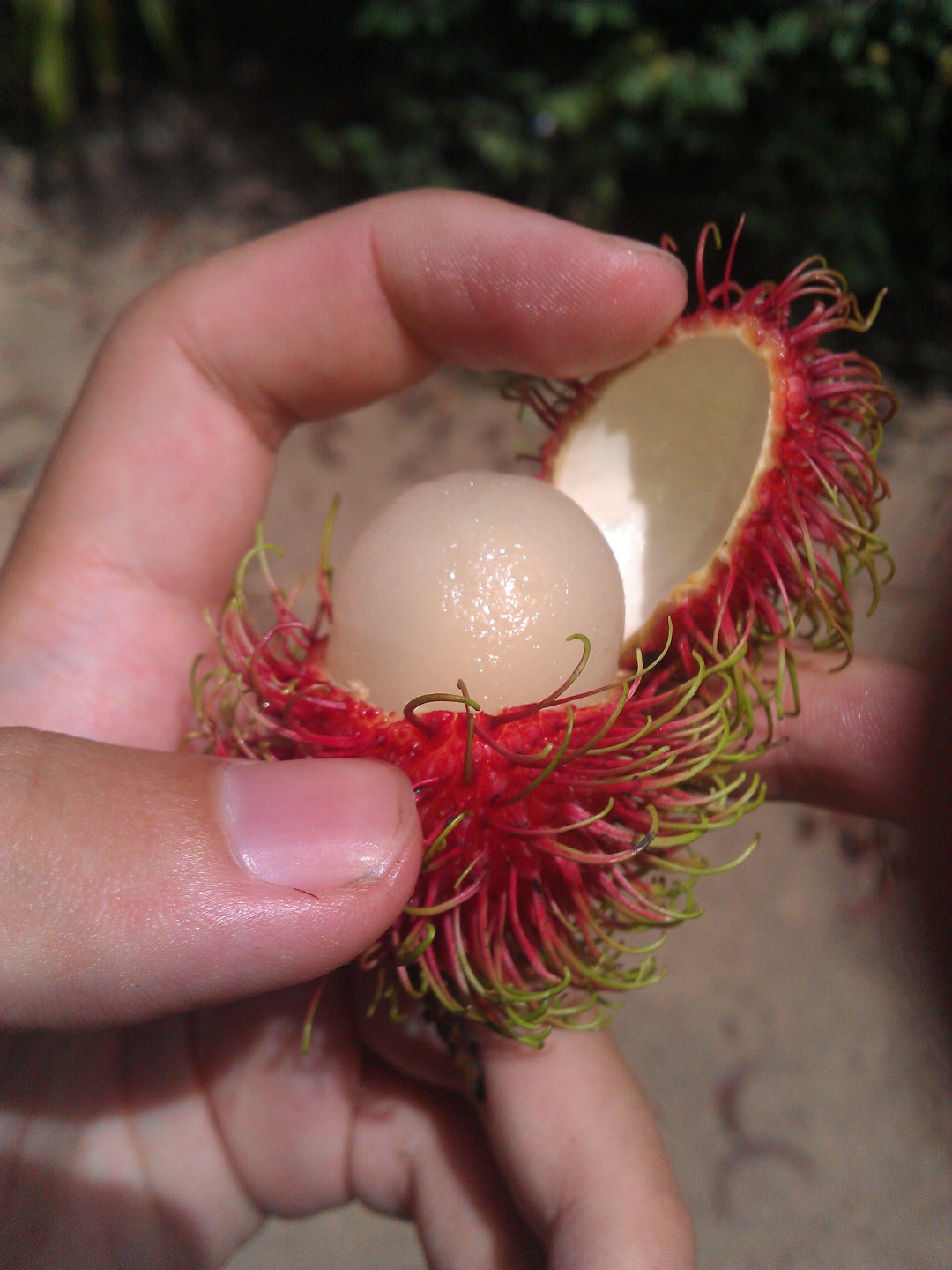 Pinching the remaining skin will force the Lychee free, ready to eat.

Note that lychee has a large inedible seed or ‘pit’.

How Does a Rambutan Taste?

The fruit itself is smooth biting into and a bit jelly like, similar yet thicker then a grape.

Rambutan is a sweet fruit that tastes similar to lychee but I like them quite a bit more because or their sweetness.

2013-07-01
Wil Smedley
Previous: Fruit From Around The World – Snake Fruit
Next: The Best Budget Hotel in Yangon